"Keen was super easy to implement and helped us boost views of our highest-impact content by 133%." 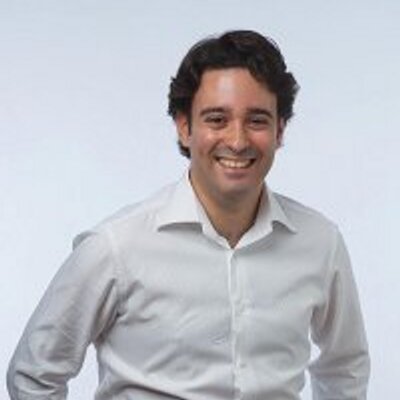 Connecting to viewers wherever they are

AJ+ is Al-Jazeera’s digital-only channel which caters to young, connected viewers by creating customized content for social media platforms, mobile apps, and video on demand apps, reaching 7.4 billion views across all platforms in 2015. Engagement has been the key driver of audience growth across these platforms, and producers use data to make critical editorial and design decisions on a daily basis.

We use Keen to measure views, reactions, geographies, devices. Such insights can be transformative for a newsroom, and they have been for AJ+.

News is, by its nature, a highly time-sensitive commodity. So when AJ+ was looking at launching their channel, they knew they needed an analytics solution that would provide insights in real time. “We want to create specific content and track how effective it is,” said Alberto Naranjo, Platforms Manager, Development Lead at Al Jazeera. “If it’s not real time it’s quite difficult to make decisions. Should we write a new piece on that or should we move on to the next idea?”

Since AJ+ was planning to distribute content on multiple platforms, they also needed a solution that would let them aggregate data for combined analysis in a single place. With these metrics in hand, AJ+ would be able to make quick, data-informed production decisions based on what kind of content and topics users were engaging with most.

Finding the ideal mix of accessibility and flexibility

Without Keen, we’d have to build our own analytics infrastructure to get the insights we need. Keen was super easy to implement and helped us boost views of our highest-impact content by 133%.

Initially, AJ+ was faced with a choice between building analytics in house or going with the proprietary analytics of their partner platforms, such as Facebook, Apple TV, YouTube, and others. They quickly ruled out building in house. “We prefer to dedicate our resources to building our product,” Alberto said. “We don’t need to replicate a data analytics platform internally when there are specialized companies like Keen.”

On the other hand, going with the proprietary solutions was problematic. “We want our data to follow some standardizations,” Alberto said. “So we don’t want every platform to have a different data model.” On top of that, the platforms they were working with often didn’t have full-fledged analytics ramped up from the start. “We would just have to wait and lose the capability of tracking performance, which is totally unacceptable.”

When they found Keen, they knew they had found the right balance between ease of use, rapid ramp-up, and flexibility to measure exactly what they wanted on any platform. “It’s a very standard implementation for working with REST APIs,” Alberto said.

Tawanda Kanhema, Product Manager for digital platforms agreed. “As a user it’s really accessible,” he said. “When a producer asks me how a project is doing, all I have to do is go in and make a query, get an image of the data, and send it over.”

This ability to answer all the producers’ questions in real time helps prove the value of the data department and increases the effectiveness of the entire channel’s efforts. The producers don’t have to make programming decisions based on their best guess; they can turn to the data.

According to Alberto, Keen has saved AJ+ a significant amount of time, not just once, but again and again. “It probably saves more than a month with each different app.” Meanwhile, by running targeted A/B testing on content organization, they were able to boost the viewership of their most effort-intensive, highly-differentiated news content by 133% overnight.

In addition, AJ+ was able to cut its response time to breaking news stories by querying the data for the most effective blend of speed and depth. “The data showed us it shouldn’t take more than 45 minutes to release our first video,” Alberto said. “Then we should stay on the story with infographics, quotes from prominent politicians, and reactions on social media.”

Another area where AJ+ has seen results has been editorial balance. With Keen, they were able to add sentiment analysis through emoji responses. “We don’t want to produce funny things all the time, or sad things all the time,” Alberto said. “The emoji tracking helps us find the balance.”

All these benefits, and the ability to document the results, also help AJ+ prove their viability and growth trajectory to the larger Al Jazeera Media Network, which is funding them in a pre-revenue phase. “The key is establishing relevance with the millennial generation, which is why it’s so important to use data to inform production decisions,” Alberto said.

One of the things AJ+ values most about Keen is the ability to make discoveries with data. When they launched their channel on Apple TV, they organized three types of content from top to bottom: short reaction pieces first, medium-length context pieces next, and in-depth documentaries last. The trouble was that the documentaries, which took the most effort to produce, were getting the fewest views: just 12% of the total.

One producer said, “Nobody’s watching documentaries. We should stop making them.” Another said, “Maybe they’re just buried and we should feature them more.” So they made the switch and tracked the results. Suddenly, the documentaries bumped from 12% to 28%, with barely any drop-off in viewership of the shorter pieces. It was a huge win for the production team.

This led to another discovery for AJ+, that viewers primarily watching on a TV vs. a mobile app. “They are in the living room, so they want a little interaction, but most of the session they want non-interactive.” In short, AJ+ discovered there was not a one-size-fits-all approach to different platforms, which further highlighted the importance of an analytics solution that can compare metrics on multiple platforms.

“We have very small teams, but we try to be very, very effective and optimize all the resources we have,” Alberto said. “I would say Keen has been critical in that respect. Being able to show to a very granular level which content has traction. When you actually have the data that says, ‘Hey, this is working,’ that’s when you begin to get consensus and support on projects.”