Embracing Serendipity (Why Getting Lucky isn’t About Luck)

If you’ve followed this blog at all, you may have noticed that we’ve written almost completely about intention. What do I mean by that? All our posts have been about something we’ve set out to accomplish — getting into a startup accelerator, raising our round, leaving our consulting job, etc. For each of these topics, we began with a goal, and then did a bunch of discrete actions in the hope that they would bring us closer to that goal. 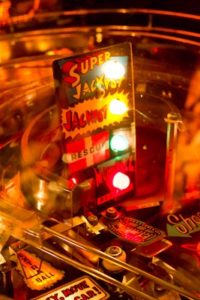 But as I think over the past few months, it’s very clear to me that many of the most important things that have happened to us had nothing to do with our intention. Rather, it was being in the right place at the right time. Or, more succinctly: luck. I’m not saying anything new here, either. Most of the incredibly successful people in the world recognize the essential role that luck has played in their life. A great example of this is the Princeton commencement speech by the author of Liar’s Poker, The Blind Side, and Moneyball Michael Lewis. 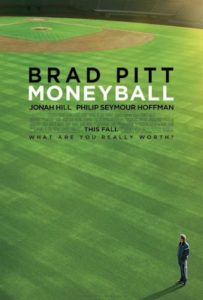 In it, he encourages the new grads at Princeton to realize not only how much luck has already contributed to their success, but also how much it will continue to affect their careers and personal lives. Maybe they were born into an upper class family, or maybe they were able to attend a great prep school. That’s not to say that hard work doesn’t contribute to success — of course it does. But Lewis’s personal example is a great one — he got his big break by sitting next to his future boss’s wife at some random dinner.

So what are we supposed to do with this information? Should we just work hard and hope that we’ll get lucky? I’ll go ahead and answer my own question: absolutely not. Getting lucky doesn’t necessarily require being lucky. What it does require, though, is Embracing Serendipity.

Let’s take a step back. I’d argue the most common way to “get lucky” in business is by happening to meet important people. So rather than just hanging around and hoping, we should all be putting ourselves out there as much as possible. I can almost hear all the introverts out there freaking out — I know I did when I wrote this (I’m pretty hard to the I side on the Myers Briggs). Don’t — this just means being open to chance and circumstance; in other words, Embracing Serendipity.

We try to take this to heart at Keen. Let’s take our formation, for example. There were a couple reasons we created Keen, but the real crystallization happened when a real customer, PinchIt, asked us to build them some analytics infrastructure that was somewhat similar to what we’re creating today. PinchIt’s CTO, Lou, only met us through one of his co-workers, Christian. Christian met Kyle when Kyle was on StartupBus in 2010. There was no real reason for Kyle to do StartupBus, other than to do something fun for a week and meet awesome people. But without him doing that, there’s a very good chance that Keen wouldn’t exist today.

Or consider our company strategy when we attended this year’s SXSW. I think a lot of companies go with a few specific goals in mind — attend these sessions, meet those people, network among a couple groups, etc. And while we did a limited amount of that, we made a conscious effort to just… be available. We had some passes and hardly used them. Rather, we basically hung out in hotel lobbies and bars. And we had an amazing time, both personally and professionally. I have to think that if we had just gone to sessions the whole time our experience would have been very different (and much worse).

And let me be clear — Embracing Serendipity is less about showing up (queue the old Woody Allen quote, “Eighty percent of success is showing up”) and more about being present and being available. If you go to a networking event and then sit in the back and don’t talk to anyone, well, that’s a boneheaded move (and I’ve certainly been guilty of it before!). You have to engage with people. 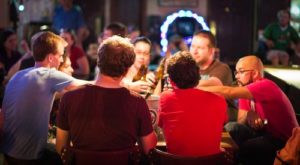 So, last example. Kyle, Ryan, and I were invited to an event hosted by Battery Ventures called Big IT Meets Big Web. Now, it was a no-brainer to go to this. Battery’s a great VC firm, the subject matter was interesting, and we knew that the attendees would be pretty awesome people to meet. So we drove down and got there a bit early. And we had to make a decision about where to sit.

We didn’t really decide cynically. We’d just gotten into the habit of sitting at the front of the room while we were at TechStars. So we picked the table that was front and center (and it was conspicuously empty — everybody else was avoiding it), not expecting anything other than being able to see and hear the speakers easily. And then, through the course of the day, we got to meet and have long, personal conversations with Rob Das, one of the co-founders of Splunk, and Tim Campos, the CIO of Facebook.

Who knows how these relationships might help us in the future? Or how we might help them? I can’t say for sure. But I’m willing to bet that just being able to ask these two guys for their advice is worth 100x whatever the opportunity cost was of taking an entire day off for a conference (thanks so much for talking to us for so long, Rob and Tim!). 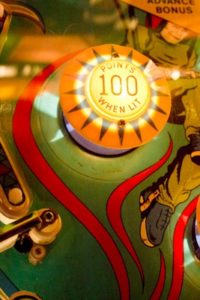 So I challenge you to Embrace Serendipity. And I invite you to share your stories here in the comments, or through Twitter. Has this worked for you? Does it sound like a bunch of bullshit? Would love to hear what you think. Follow me on Twitter — I’m @dkador! Or e-mail me at dan@keen.io.